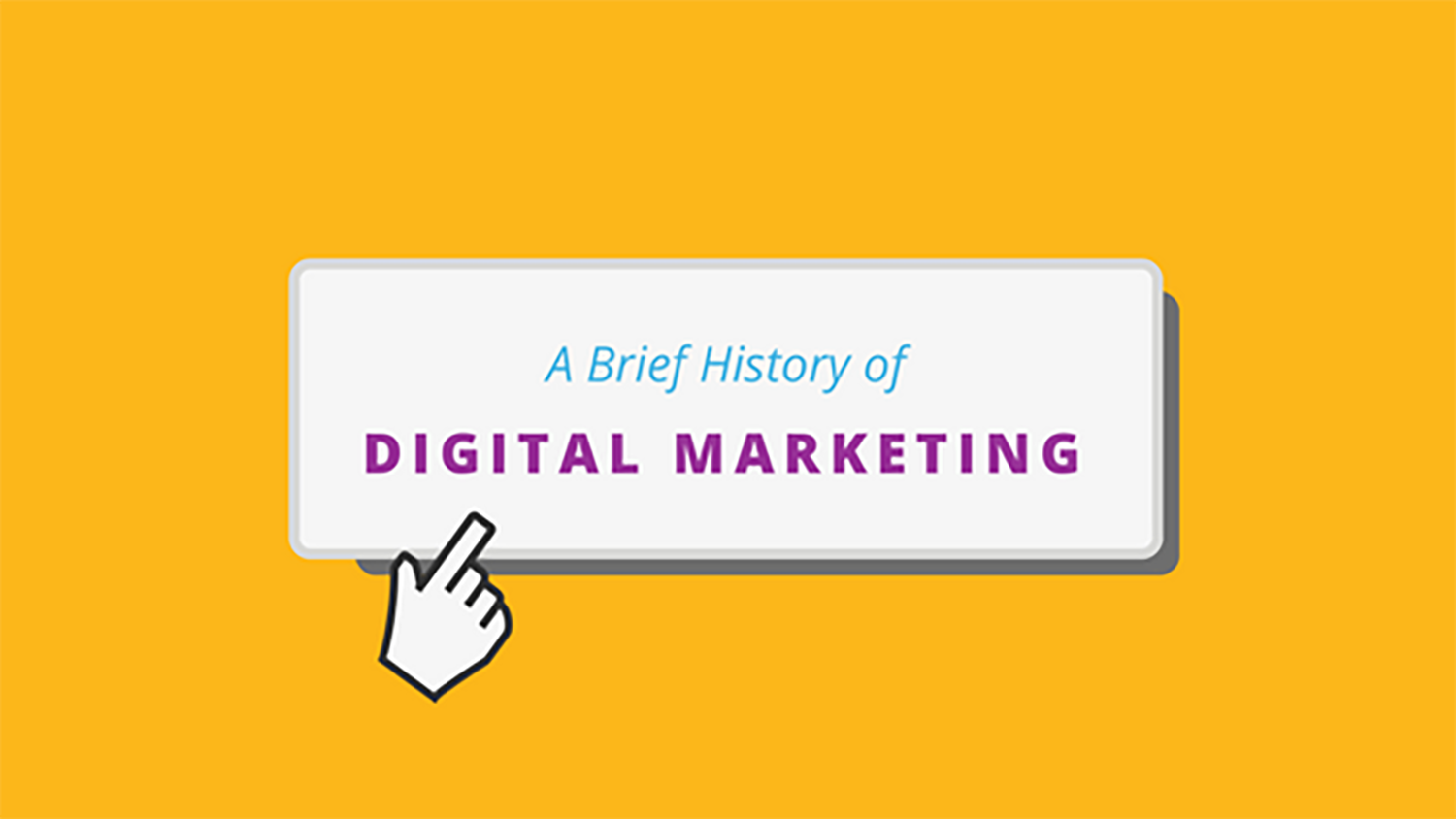 Over the past 3 decades, marketing has come leaps and bounds into the online world. The term ‘Digital Marketing’ was first used in the 1990s when the world saw a surge in advertising, search, and technology.

The early 90s saw the birth of search with the very first search engine, Archie. Search Engine Optimisation, better known as SEO, soon followed. In the early days, there were no search algorithms or criteria, so marketers used early techniques such as keyword stuffing and spammy linking in order to improve their rankings.

In 1994, the first clickable web-ad banners from HotWired were launched, along with the first landing pages, which started a revolution in web advertising. The same year also saw the first e-commerce transaction through NetMarket. The purchase was a CD;  Sting’s Ten Summoner’s Tales, bought between friends in a transaction that, for the first time ever, was protected by encryption technology.

The first recognisable social media site, SixDegrees lasted just 4 years after launch in 1997, gaining a total of 3.5 million users. The 90s saw a plethora of websites launched which are still recognisable today, including Google, and Yahoo’s web-search, both launching in 1998.

The Age of the Millennials

The new millennium saw the growth of a huge economic bubble, known as the Dot Com Bubble. The advancements in internet connectivity and the reduction of the digital divide where many households began owning computers, saw a huge rise in investment in companies which were based online. However, the peak and burst of the bubble between 2000 and 2002 left many business suffering, with an estimated 1 in 2 online businesses closing.

Recovery from the boom saw many new sites launch in the 2000s including the beginnings of LinkedIn in 2002, Myspace and WordPress in 2003, and Facebook in 2004. Marketing through mobile text messaging also became increasingly popular in the early 2000s. The first mobile marketing campaign was run by Txtbomb in 2001 for a Universal Music release.

The Age of Mobile

The latter half of the decade saw marketing and sales growth, with Amazon’s e-commerce sales cross $10 billion. New marketing techniques were also being tested with the introduction of split testing in 2006.

In 2007 Apple launched the first iPhone, a revolution in the technology space and in how we use mobile today. Over the next few years, mobile app culture grew; seeing the launch of Whatsapp, Instagram, and Snapchat join the digital world. A growing 65% of an individual’s time using digital media today happens through a mobile device, and this is expected to rise, with web designers preparing for a mobile-first approach in search engines.

Today, the digital marketing world is very different from the 1990s. Despite the dot-com burst in the new millennium, many businesses have bounced back.  The digital advertising industry is now worth $24 billion, with Google Ad Words contributing to 96% of Google’s revenue. Social networking has forefronted the digital marketing revolution with an estimated 2.4 billion users online, which is expected to reach 3.1 billion by 2021. The rise of bloggers and Instagram has led to influencers becoming a $1 billion industry, expected to double by next year. Digital marketing is only expected to grow, and in future years we expect to see many new developments and changes in this exciting industry.

1 thought on “A Brief History of Digital Marketing”